Jurgen Klopp fumes over refereeing decisions after Liverpool’s entertaining draw against Tottenham
admin
December 20, 2021
4:42 pm
Jurgen Klopp fumes over refereeing decisions after Liverpool's entertaining draw against Tottenham By Ben Church, CNN Updated 1136 GMT (1936 HKT) December 20, 2021 Jurgen Klopp was left complaining about the referee after his side drew with Tottenham. (CNN)The seeming inconsistency in the use of VAR over the weekend has raised questions about the standard [...] 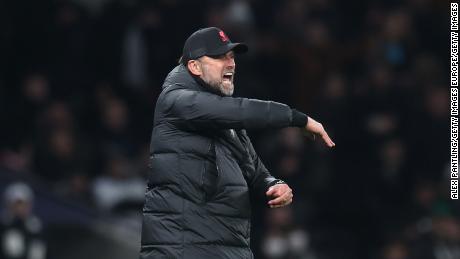 Jurgen Klopp was left complaining about the referee after his side drew with Tottenham.

(CNN)The seeming inconsistency in the use of VAR over the weekend has raised questions about the standard of officiating in the English Premier League.

Liverpool manager Jurgen Klopp was furious with match officials after his side's action-packed 2-2 draw against Tottenham on Sunday.
The 54-year-old used his post-match news conference to complain about referee Paul Tierney who he says got two big decisions wrong in the game.
Notably Klopp says England captain Harry Kane should have been sent off after a mistimed tackle on Andy Robertson.
Immediately after the match, Kane said he thought he got the ball but replays showed the Spurs striker's studs caught Robertson, no stranger to a strong challenge himself, on the shin.
Read More 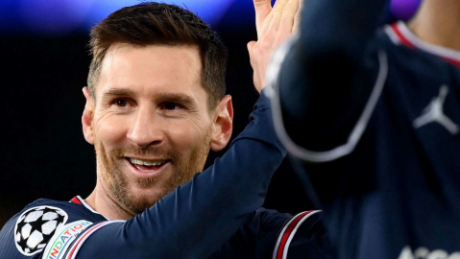 PSG to play Real Madrid in the Champions League last 16 after technical error forces re-draw
Klopp was left furious that VAR did not assist Tierney in making what he thought was the right decision.
"That's a clear, absolutely 100% red card. Very often you cannot see clearly or whatever but in this situation, if Andy Robertson's foot is on the ground, his leg is broken," Klopp told reporters, after berating the referee at full-time.
"I think we all agree on that. But luckily for both, he was in the air. It's still a red card but the ref saw it differently."
Robertson was later sent off himself after a dangerous and petulant challenge on Emerson Royal. Tierney initially showed a yellow card but rightly upgraded it to a red after VAR got involved.
"This is the proof that the VAR was there today because before that we thought he might not be in his office," added Klopp, who was shown a yellow card by Tierney in the first half for the strength of his protests from the touchline.
"I have no idea what his problem is with me," Klopp said. "I was a bit more emotional in the game but he gives me a yellow card but it is not allowed in a situation like this? He comes over and gives me a yellow card but I'd have preferred the right decisions on the pitch."
Former Newcastle United forward and England international Alan Shearer also criticized former referee Mike Riley, who is the general manager of the Professional Games Match Officials Limited's (PGMOL), for not explaining why decisions had been taken.
As well as questioning Tierney's decisions and the use of VAR in Tottenham's game with Liverpool, Shearer said Newcastle should have had a penalty after Ryan Fraser went down in the box after a challenge by Manchester City goalkeeper Ederson.
"If Mike Riley is watching these decisions he cannot come out and say the system is working well. Just come out and say, 'They were wrong.' I never hear anyone say, "I got it wrong,'" Shearer told BBC's Match of the Day 2 on Sunday.
The Premier League and the PGMOL did not immediately respond to CNN's request for comment.
READ: Manchester United match postponed as Premier League announces record-high positive Covid tests 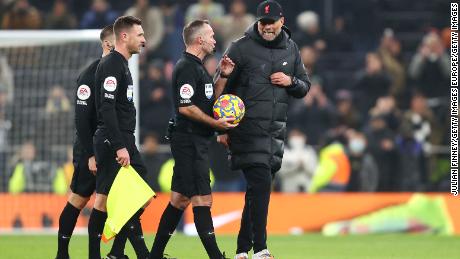 Klopp berates referee Paul Tierney as he tries to walk off the pitch at full-time.

'It's a clear penalty'

Klopp also wanted a penalty after Diogo Jota was clumsily brought down in the box but Tierney waved play on.
Relays showed Emerson made no contact with the ball and Klopp was less than satisfied with Tierney's apparent explanation as to why Liverpool was not awarded a spotkick.
"Mr Tierney told me that he thought Diogo Jota stopped on purpose, he wanted to get hit," said Klopp.
"If you watch this situation back, that's a very exclusive view and it's really difficult to do these things that quickly.
"It's a clear penalty but he thought it's clearly not a penalty. Wow. That's obviously two wrong decisions of his, I would say, and one right -- all three against us."
The controversial calls only added to a dramatic match at the Tottenham Hotspur Stadium.
The host had taken the lead through Kane but wasted an array of golden opportunities to extend its advantage.
Liverpool then drew level through Jota before half-time and took the lead in the second half after Robertson headed in.
Son Heung-min equalized for Tottenham but there was yet more controversy over how Liverpool had initially taken the lead.
Replays showed Mohamed Salah had handled the ball in the build-up to the goal but neither the referee or VAR opted to disallow it.

Jurgen Klopp's influence on Liverpool FC 02:05
"I don't know if Jurgen [Klopp] wanted to comment on this but I can tell you my staff said to me that it was incredible to give the second goal and not to disallow it because there was a clear handball from Salah," Spurs manager Antonio Conte said after the match.
"I don't like that we have to speak about refereeing decisions at the end. I think that's not good for anyone."
The draw meant Liverpool lost ground to Manchester City, who beat Newcastle 4-0, in the title race and now sit three points below the league leaders in second.
Tottenham moved into seventh as the club looks to secure Champions League football for next year.

Meanwhile, Spurs have been eliminated from the UEFA Europa Conference League after European football's governing UEFA ruled on Monday the English club must forfeit their final group game against Rennes.
The match was initially scheduled to be played on Thursday 9 December but was postponed following 13 positive Covid-19 cases among players and staff at the English club.
UEFA subsequently ruled the game could not be rescheduled and that a disciplinary body would determine the final result.
Monday's announcement means a 3-0 defeat will be recorded for Tottenham Hotspur.
The London club therefore finish third in Group G and subsequently miss out on a playoff spot for the round of 16.
Rennes had already reached the last 16 as group winners with Dutch outfit Vitesse Arnhem now confirmed as finishing in second place.
Vitesse will now face Rapid Vienna in the knockout round for a place in the round of 16.

Aleks Klosok contributed to this report.