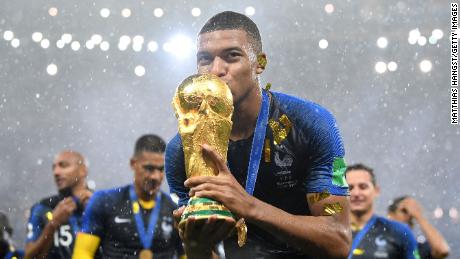 Kylian Mbappe of France celebrates with the World Cup trophy following the 2018 FIFA World Cup Final between France and Croatia.

(CNN)A biennial World Cup would generate in excess of $4.4 billion in revenue over a four-year cycle, delegates at FIFA's global summit have been told.

The world football's governing body wants to host a World Cup every two years instead of four, as the international match calendars for women's and men's football are set to expire in 2023 and 2024 respectively.
South American football's governing body CONMEBOL and European soccer organization UEFA, which is touting an expanded Champions League format, oppose FIFA's proposals, though the Confederation of African Football (CAF) has given the plans its backing.
FIFA said on Monday the financial projections are based on two independent feasibility studies, which were presented at an online meeting attended by 207 out of 210 eligible member associations.
Member associations would be given an average of $16 million in additional funds, FIFA said, citing research by Nielson, though it did not give precise details on how finances would be distributed. 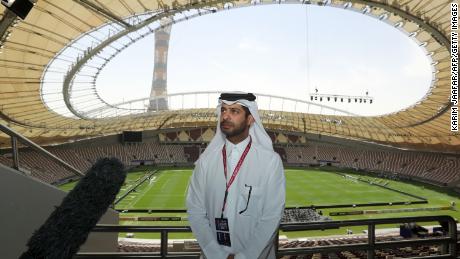 Qatar 2022: Amid ongoing human rights concerns, World Cup chief promises host nation is 'tolerant' and 'welcoming'
Read More
A second study by OpenEconomics suggested a move to a biennial cycle for the men's world cup would produce a gross domestic product (GDP) gain of more than $180 billion over a 16-year period and create two million full-time jobs.
"Our intention is to help 'bridge the gap' between FIFA member associations and to give as many of them a more realistic chance of playing on the global stage," FIFA President Gianni Infantino said in a statement.
UEFA has released its own research which predicted that revenues for European national associations might drop between €2.5 and €3 billion over a cycle of four years due to losses from media rights ticketing and sponsorships.
The research, conducted by the consultancy firm Oliver & Ohlbaum, warned of the physical and mental toll the new schedule would take on players.
UEFA also predicted women's football would suffer negative impacts in terms of exposure and fans' and media interest.